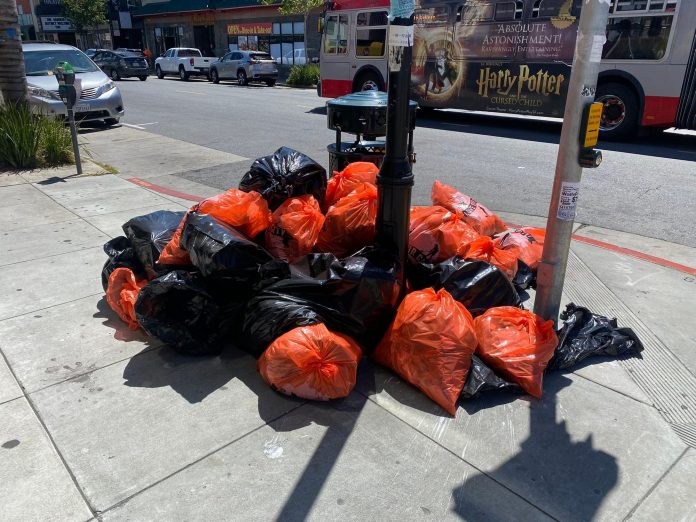 Sanitation and Streets Department To Take Shape Tuesday, Hopes to Be ‘Laser Focused’ On Cleaning Up SF Streets

Former supervisor Matt Haney proposed the Department of Sanitation and Streets to break that duty away from Public Works. The supervisors will vote to make it a reality on Tuesday, though ironically, it will now be a department within Public Works.

Barely two weeks after the (still-expanding) Mohammed Nuru Public Works scandal dropped in January 2020, then-District 6 Supervisor Matt Haney proposed a new Department of Street Cleaning and Sanitation to do nothing but clean San Francisco’s famously filthy streets. At the time, Haney told the Examiner “We need a restructuring of DPW and how we respond to street cleaning.”

Haney got a November 2020 ballot measure to create the new department, a measure that passed with 60% approval. The Board of Supervisors officially created the department the this past December (with the slightly different name Sanitation and Streets Department), which Haney said in a statement then would “create a department laser focused on cleaning the streets, with new levels of responsibility, staffing, accountability and oversight.”

But now Matt Haney is off in the state Assembly, and there is still technically no Sanitation and Streets Department in existence. Whatever happened with all of this?

Turns out the whole department is still being created, at the molasses-pace of SF city government. But on Tuesday, the SF Board of Supervisors will finally vote on the structure of the department, to have it up and running by July 1.

Still, despite Haney’s attempt to separate the Sanitation and Streets Department from Public Works, the legislation that the board is considering will essentially make it another sub-department within Public Works. The legislation would require Public Works to “provide the new Department of Sanitation and Streets with administrative support, including human resources, performance management, finance, budgeting, technology, emergency planning, training, and employee safety service.”

Additionally, the board will vote on three oversight commissioners for the new department. The supes get two picks, and on Tuesday they’ll vote to approve those picks: Thomas Richard Harrison and Kimberlee Ann Hartwig-Schulman. Mayor Breed gets one pick, and her choice is California Academy of Sciences COO and Head of Government Affairs Ike Kwon.

There are plenty of “conflict of interest” filing obligations for these commissioners and whomever ends up heading the department, hoping to avoid a repeat of Mohammed Nuru’s (alleged) PR and gift-soliciting machine that perhaps sought to downplay poor street conditions while also seeking to his grease palms. And maybe Haney can say this department will end up as one of his distinguishing legacy moves. But considering that his goal was to take street cleaning duties away from Public Works, and now it’s ended up creating another department within Public Works, there’s reason to be skeptical whether this street-cleaning department could end up being just another waste of City Hall resources.