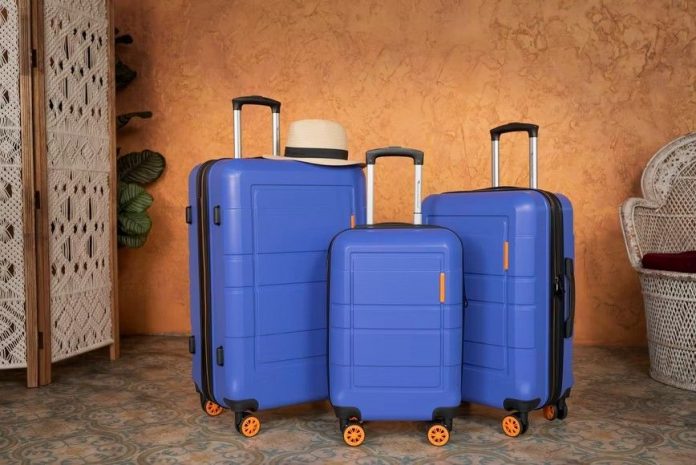 SF Father Solves His Own Luggage Theft Case, Despite Lack of Action From ‘Do-Little Cops’

In another iteration of a San Francisco crime victim complaining that the police did nothing to help, and made no attempt to arrest the suspects, one SF dad successfully took matters into his own hands to recover his belongings.

There’s a recent new genre to the popular twice-weekly Heather Knight columns in the SF Chronicle, a genre that can be described as “police did nothing.” This new genre took off in February with a report on the SFPD caught a vandal in the act of trashing the “Best Parklet in the City,” but police did nothing and actually allowed the vandal to continue going about his vandalizing. That story led to a follow-up piece where “Numerous readers shared stories of police indifference,” and police did nothing to solve the crimes of which they were victims.

And now Knight’s Sunday column this weekend told us the story of a San Francisco father whose luggage and a number of personal items were stolen out of his car. It’s a fascinating crime story, and the dad-turned-gumshoe actually managed to recover many of the items via his own sleuth work. But one problem he encountered — and stop us if you’ve heard this before — is that allegedly, police did nothing, despite it being completely obvious who the suspects are.

My latest column: A San Francisco dad turned amateur sleuth solved the Case of the Stolen Road-trip Luggage. But police let the suspects and their van full of swiped items leave, the latest example of city cops shrugging off crime and frustrating victims. https://t.co/9WRudoeLY3

The story begins the morning of March 27, in the seemingly safe neighborhood of Miraloma Park, at the seemingly safe hour of 8 a.m. on a Sunday morning. SF resident Tyler Sterkel and his family are about to embark on a spring-break trip, leave the car unattended for “15 seconds, maybe 30,” and their possessions are robbed. Undaunted, Sterkel goes into detective mode.

“He had a neighbor’s video of the van used in the crime on Marietta Drive,” according to the Chronicle. “He found that same van. He found his family’s stolen belongings inside the van. He found evidence the van itself was stolen. He found burglary tools inside it. And he found a fount of other goods that appeared stolen — suitcases, backpacks, cameras and even Lowell High report cards — in there too.”

“What he doesn’t find is any interest from the Police Department.”

A San Francisco family is demanding more of the police department a month after items were stolen from their minivan. https://t.co/p78cqp1Bt4

NBC Bay Area picked up the story and has further details. A neighbor on Nextdoor had surveillance video of a van with a rolled-up rug on top going past his house at that moment. Two days later, Sterkel saw that very van himself, spotted his stolen items inside the van, and called the police. He described the contents of the van as a “a tweaker shit show,” and per the Chronicle, “He said the car appeared stolen because its steering column was cracked open and the wires were exposed.”

Police arrived, and since the van was unlocked, they let Sterkel merely grab his stuff back. This is not an entirely happy ending. While Sterkel did recover a bunch of his 10-year-old twin daughters’ possessions and other items of sentimental value, NBC Bay Area adds that “the laptops, iPads and other expensive items were gone.”

But more unhappily, we have the alleged “police did nothing” angle. The van was not reported stolen, so SFPD refused to impound (despite the obvious evidence of stolen merchandise!) They also allegedly made no effort to find the van’s drivers, and the van simply disappeared with hashtag #NoConsequences.

Now that multiple media outlets are reporting on the month-old crime, NBC Bay Area reported that on Monday, “SFPD called [Sterkel] and said a sergeant is now assigned to his case,” and an SFPD spokesperson told the station that “an open investigation with no arrests made so far.”

Since these stories of alleged police inaction started popping up, SFPD Chief Bill Scott told the Chronicle “there are some serious morale issues” because of understaffing, the post-George Floyd environment of police accountability, and of course their ongoing beef with DA Chesa Boudin. But these officers take an oath to uphold the law, and they’re pretty well-paid. When police do nothing, the “serious morale issues” excuse doesn’t do anything for many SF crime victims.