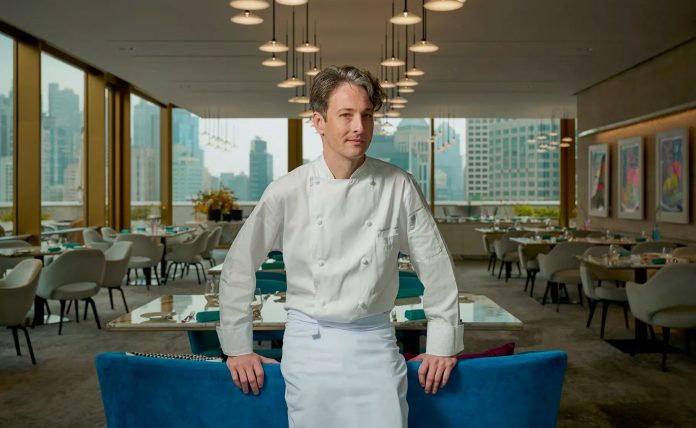 SoMa’s Park Central Hotel Has Become a Second Hyatt Regency, and It’s Getting a French Brasserie From Mina Group Spinoff

The restaurant is called La Société Bar and Café, and as Eater first reported, there will be a focus on cocktails and classic French dishes, with both breakfast and dinner served. And it will be the centerpiece dining spot for the newly rebranded and heavily renovated Hyatt Regency San Francisco Downtown SoMa.

The chef is Alexandre Viriot (pictured above), who comes to San Francisco via Hong Kong where he was the chef at The Murray hotel, at its restaurant Popinjays. As Eater notes, he previously trained under French heavyweights Guy Savoy, Joël Robuchon, and Alain Ducasse.

TableOne Hospitality, as Mina announced earlier this year, is his new collaboration with Highgate, the hotel investment and management company that works with dozens of hotel brands across the U.S. and Europe. Highgate owns The Alton at Fisherman’s Wharf (in one half of the former Holiday Inn), and the company purchased the former Westin property in SoMa from Pebblebrook Hotel Trust in 2018, after Pebblebrook rebranded it the Park Central in 2015.

Mina Group president Patric Yumul, speaking to the SF Business Times, spun this new company as a platform that was “born out of a desire to grow chefs, creators, mixologists, and give them a chance to shine on their own.” But, essentially, TableOne is the umbrella within Mina Group for hotel restaurants that don’t have Michael Mina’s (arguably over-exposed) name on them.

As for why Hyatt would want to have two Hyatt Regency hotels just a few blocks from each other, this is perhaps not an issue for the Hyatt brand so much as the dueling ownerships of the two hotels. Highgate opted to bring in Hyatt’s luxury label for the redo of the Park Central, turning the 686-room hotel into — as Hyatt put it in a press statement, this is Hyatt’s “first luxury hotel South of Market,” because the other Hyatt Regency is just the other side of Market, three blocks down. There is also, you may know, the Grand Hyatt by Union Square, and the newer, less luxe, Hyatt Place hotel at 701 Third Street, near Oracle Park.

Just make sure, the next time you have a friend, colleague, or family member in town who says “I’m at the Hyatt,” that you get on the same page about which of the four that would be.

Related: Soleil Ho Asks ‘Who Is Michael Mina and Why Is His Name Treated Like Gold In This Town’?