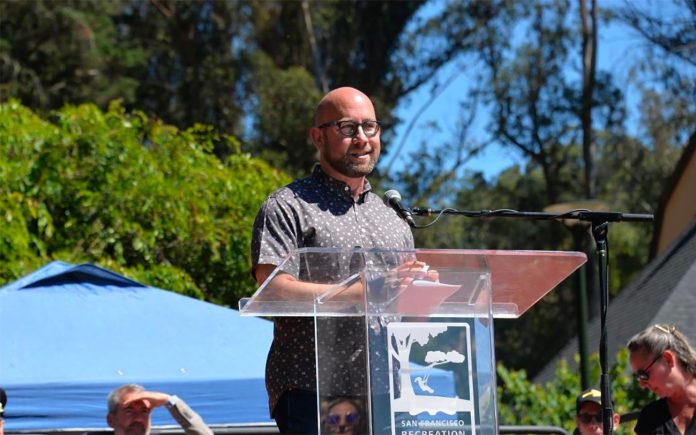 San Francisco Supervisor Rafael Mandelman held a special hearing Thursday on the mental health crisis in the city, discussing ways it might be addressed with representatives from the Department of Public Health, the police, and others.

Since taking office, Mandelman has been outspoken about the need to provide better care for people, especially homeless people, experiencing mental health crises on the street. Speaking in support of more involuntary psychiatric conservatorships and against the argument that this violates people’s civil rights, Mandelman said in 2019, “It’s completely inhumane. If you have known a friend or a loved one and seen that person in psychosis and seen how far that psychotic individual is from their true self, you cannot believe keeping that person in that state is somehow honoring their autonomy.”

San Francisco was, at last count, home to around 4,000 homeless people who struggle with mental illness and substance abuse. At Thursday’s hearing, representatives from the police and fire departments and the hospital council discussed how around 100 to 200 people among those are considered “frequent flyers” who are putting the majority of the strain on the city’s behavioral health resources.

And, as the Chronicle reports, a rep from the SFFD who manages paramedic teams, April Sloan, testified that just five individuals accounted for 1,781 ambulance rides in the course of five years, costing the city, just those five people, upwards of $4 million. All five, Sloan said, were alcoholics who likely had undiagnosed mental illnesses that they were self-medicating — and two are now dead. One is now living in a locked psych facility, and two others are in a “wet house” shelter. The city’s bid to put one in conservatorship failed when they couldn’t find a placement in a facility.

Long-term care facilities for the mentally ill, many of which were closed and considered inhumane in decades past, may be one solution, but there will always be political fights over the civil rights of those who are involuntarily committed — and the ways such powers can be abused.

But Mandelman floated a proposal for the city to establish a new long-term care facility, as KRON4 reports, to supplement the nearly 180 short-term psychiatric treatment beds that the city now has — as well as the 19 psych emergency beds currently run by the city at SF General.

Since the start of the pandemic, also, all patients admitted for psychiatric emergencies are diverted to the general ER first for COVID testing — and yesterday’s hearing also touched on how incidents of patient violence were up significantly, from 76 recorded in 2018 to 439 in the span between June 2020 and July 2021.

“I just did not come away from that hearing with confidence that we are measuring across our different systems, criminal justice, public health, that we’re measuring what’s actually happening out in the world,” Mandelman said, per KRON4.

Mandelman is calling for a system of better communication and coordination about psychiatric cases between the city’s various departments and nonprofits. And we’ll see if a more formal proposal for a long-term care facility comes of this as well.