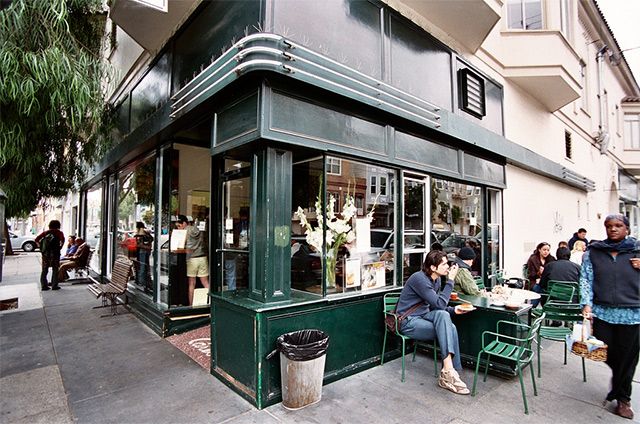 Expansions to Los Angeles and South Korea, the launch of a coffee roasting business, the closure of three high-profile restaurants, a unionization effort, and the divorce of its founders are just part of what’s covered in a new piece in The New Yorker about Tartine Bakery.

“In the Silicon Valley of the early twenty-tens, startups followed a new business rule: grow or die. But how much was it possible for an artisanal bakery to grow?” asks the sub-heading of this new New Yorker piece by Anna Wiener. The piece focuses on how the finances and fate of Tartine Bakery and the Tartine brand have been tied up in recent years with a real-estate private equity firm, CIM Group. And in contrast to the narrative pushed by unionizing workers about founders Chad Robertson and Elizabeth Preuitt being gajillionaires, the piece outlines how Tartine has struggled to survive in the last decade, and how expansion to other cities has been made possible only through the cultural cachet that a Tartine location brings to a new development — that cachet being worth things like free rent.

The story of Tartine’s path from artisanal bread bakery and patisserie at 18th and Guerrero to internationally known brand is not a smooth one, and it sounds like it’s been especially rocky for Robertson and Prueitt, who reportedly divorced in 2020 after more than two decades baking, running a business, and writing books together.

The couple bought a new house in the Castro in 2015, part of which they showed off to Eater in early 2016. But as The New Yorker reports, they had to sell the house shortly after that Eater piece went live, after the company’s widely reported deal to merge with Blue Bottle fell through in late 2015. Tartine Manufactory opened in 2016, but that was also the year that Bar Tartine closed — and Prueitt now says that Bar Tartine, for all its acclaim and delicious food, never turned a profit.

Fast forward a couple of years, and a splashy new Tartine Manufactory, three times the size of SF’s, that opened in Downtown Los Angeles abruptly closed after less than a year in business, four months before the pandemic even began, in December 2019.

“We’re perceived to be something bigger than what we are,” Prueitt tells the New Yorker. “There is no there there. It’s a water sandwich.”

Tartine partner Bill Chait said something similar back when the unionization effort among bakery and Manufactory workers began, saying that Tartine is “not a conglomerate,” and despite the rapid expansion he said the company still couldn’t support $25/hour wages.

Many Tartine workers were making close to SF’s minimum wage of $16/hour, and the perception that the company was rolling in dough while these workers scraped by was a major source of unionizing sentiment.

Tartine Manufactory, meanwhile, still has not returned to full service since the pandemic began — it’s only open as a daytime cafe, with no dinner available since early 2020. The bakery now has six locations in Seoul and five in Los Angeles, the newest being in the historically Black West Adams neighborhood. The New Yorker didn’t get a complete answer about what Tartine’s exact relationship is with CIM, but it notes that CIM has an interest in all five of the L.A. bakery locations, and one in San Francisco. And Prueitt would only say that Tartine, as a company, remains in debt and is “struggling” not to sink further.

Still, the company remains ostensibly independent, after many other local food businesses have sold themselves off to big, multinational corporations. As the New Yorker notes, around 2019, “Many [Bay Area] small businesses seemed to be looking for an exit; a host of larger local companies had sold to multinational corporations (La Boulange to Starbucks, Annie’s Homegrown to General Mills, Lagunitas to Heineken… Anchor Brewing to Sapporo, Blue Bottle to Nestlé, Cowgirl Creamery to Emmi).”

And people are still lining up for bread and pastry outside Tartine on the regular — a line that has basically been a permanent fixture at 18th and Guerrero for most of the last 20 years — even after so many people learned to make their own sourdough bread in the last two years.

When Baking and Real Estate Collide [The New Yorker]

Facebook
Twitter
Pinterest
WhatsApp
Previous articleAfter a Five-Year Dynasty, Then Injured and In Last Place Before Climbing Back to the NBA Mountaintop, the Warriors are Champions Again
Next article10 Awesome Free SF Outdoor Movie Screenings In Summer and Fall 2022