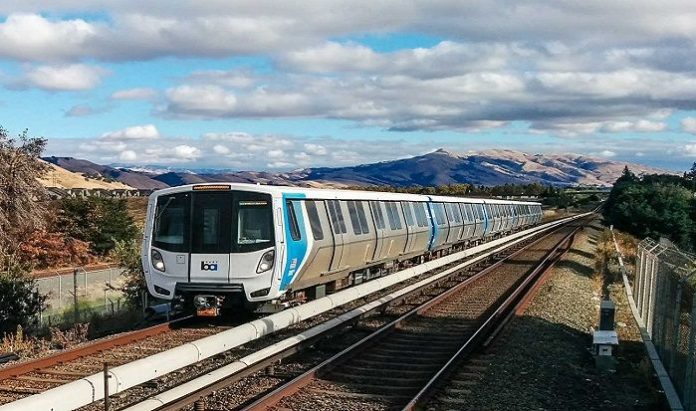 The BART extension to San Jose has been a rocky ride, in large part because it’s more than just a BART extension to San Jose. As you see on the map below, (where the new BART tracks are represented as blue lines) the proposed project would go beyond the new Berryessa/North San Jose station, and to four additional new San Jose stops  — 28th Street/Little Portugal, Downtown San Jose, Diridon, and Santa Clara. And since this means tearing up the streets of San Jose and Santa Clara to install underground BART tracks and tunnels, yes, this will be a massively difficult and expensive project that will cause headaches galore for residents in the next decade.

The folks running this project, the Santa Clara Valley Transportation Authority (VTA) and top San Jose City Hall officials, had been saying pre-pandemic that this project would cost $5.6 billion and be completed by 2030. That was later revised upward to $6.9 billion. Then that whole estimate may bave been blown to bits earlier this year, when an oversight body at the Federal Transit Administration (FTA) submitted their own estimates, and concluded that it would be more like $9 billion, and would not be finished until 2034.

(Since the publication of this report, San Jose Mayor Sam Liccardo has responded on Medium that “the FTA press release was misleading; $9.148 billion was not, and still is not, the expected cost of this project. The FTA’s own report (on p. 5–10) describes its cost risk model as using ‘factors as a multiplier of the cost of individual project elements to determine the cost for the worst plausible probable scenario cost, taken as the ‘upper bound.’”)

VTA officials also proclaimed the $9 billion projection to be inaccurate. “We studied the risk report 10 times to Sunday,” VTA’s BART program chief Takis Salpeas told the Bay Area News Group when that report was made public. He said the feds’ report was “not an engineering study, and it’s not a construction cost estimate. It’s a probabilistic ‘what if’ assessment.”

But that’s not what they were saying behind closed doors, or at least in private text messages obtained by the Bay Area News Group. The messages show that he and San Jose Mayor Sam Liccardo were quite eager to remove information about those potential cost and time overruns.

“We need to be very ‘silent’ about our budget issues,” Salpeas texted to Licardo, per text messages obtained by the news group. “As you know, we have 9 major construction teams shortlisted,” he texted, adding, “They [sic] listening to everything!! I know you know.”

When the $9 billion figure hit the fan, Liccardo texted Salpeas. “I’m sure you caught the part in the federal announcement where they assert the project cost ‘is expected to be $9.148 billion.’ Can we ask them to revise that language??”

For his part, Salpeas defended his concealment of the budget esrimate. He said that having higher costs  “on the street” (that is, public knowledge) would tempt contractors to charge more for their work. “If I had to do it all over again, I would say the same message,” he told the Bay Area News Group.

Liccardo sounded a similar note in his Medium post. “If I had disclosed that information publicly, it would have encouraged those private contractors to increase their bids, costing taxpayers hundreds of millions of dollars,” he said. “I would do precisely the same thing if I were confronted with this issue today. Any other public official representing our taxpayers should do similarly.” (Emphasis his.)

Still, the news group reports that Liccardo “will now ask for an independent review” of projects costs. He argues wih the Bay Area News Group’s characterization of this as a “reversal.”

“Contrary to the implication of the article, the decision to consider yet another independent review of the tunnel alignment has little to do with the construction cost issue.” Liccardo said on Medium. “Rather, it addresses concerns by some that design elements relevant to safe passenger access from Santa Clara Street, transit-oriented development, and rider transfers to other transit systems could improve with a dual-bore tunnel. Moreover, this memorandum does not constitute a ‘reversal,’ because the single-bore design remains the Board-reviewed proposed project.”

This entire project involves merely six miles of additional BART tracks, though admittedly, it tunnels through a densely populated urban area — something that BART has not had to do since the original construction work in the 1970s. As Liccardo mentioned, the debate over how to handle this lengthy construction project is whether to build single-bore or twin-bore tunnels, with Liccardo and the VTA preferring the single-bore design, insisting the construction would cause fewer disutions to San Jose streets.

“The proposals reflect a continuation of the sentiment of the unanimous public vote of the San José City Council in December 2021, to encourage VTA to fully and publicly vet alternatives and options in project design prior to the final vote on the project,” Liccardo said on Medium.

Related: BART to San Jose ‘Likely’ Delayed Until 2034, If We Should Even Live That Long [SFist]