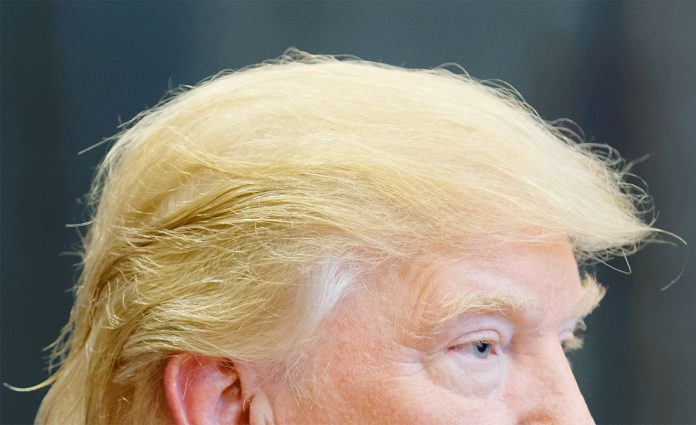 Reactions to the Supreme Court’s decision striking down Roe v. Wade were swift on Friday morning from the likes of Mike Pence and other dyed-in-the-wool religious conservatives. But the man most responsible for this moment, Donald Trump, is reportedly less than pleased by this outcome behind closed doors.

Trump put out a public statement taking credit for the court’s decision Friday, calling it “the biggest WIN for LIFE in a generation,” and saying, this decision and others “were only made possible because I delivered everything as promised, including nominating and getting three highly respected and strong Constitutionalists confirmed to the United States Supreme Court.”

“It was my great honor to do so!” Trump added.

But the New York Times reports, via friends and close advisors, that Trump hasn’t been so keen on the idea of the court overturning Roe ever since Justice Samuel Alito’s majority opinion was leaked in early May. And in an interview with the Times last month, Trump even demurred when asked about his role in shaping this anti-Roe court, saying with wild irony, “I never like to take credit for anything.”

Reportedly, Trump has been whispering to those friends and advisors that this Supreme Court decision will be bad for the Republican Party, especially when it comes to suburban women — a demographic bloc seen as key to the election of Joe Biden.

Trump is nothing if not two-faced and opportunistic, so he’ll be crowing for months or years about how this was all his doing and how capital-G Great it is for America. But he’s no evangelical Christian, and abortion is hardly something one can imagine him caring deeply about — since he doesn’t really care deeply about anything except golf, Ivanka, hearing people chant his name, and maybe McDonald’s.

As the Times puts it, this decision only happened “after a thrice-married former Democrat from New York who had once supported abortion rights helped muscle through three Supreme Court justices.”

But Trump doesn’t care about strict Constitutionalism any more than he cares about cholesterol! It was just politically expedient for him to listen to the conservatives who had been eagerly praying for this day for decades, and not so secretly strategizing to create a majority on the court who’s sympathetic to their Christian conservative proclivities.

If the pendulum swings the other way now, and voters who know what a chaotic mess this decision creates begin defecting to more centrist, pro-choice candidates, wait and see how Trump tries to backpedal, or tries to forget this ever happened.