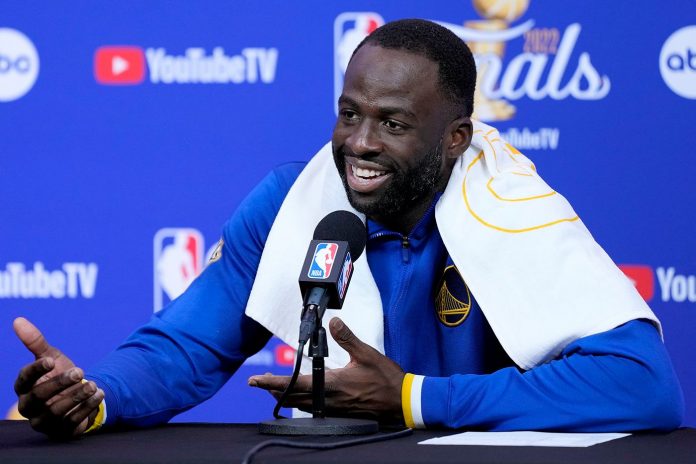 Before the Warriors and their busses slowly creeped their way up a crowded Market Street on Monday for their NBA Championship victory parade, the team and their coaches were assembled on a stage at the foot of Market Street, and few of them were asked to speak.

Draymond Green, the team’s podcaster extraordinaire, had to have his moment on the mic. And while ABC 7, NBC Bay Area and other stations carried the event, they didn’t have any or sort of delay or way to bleep out Green’s multiple f-bombs. So it just aired that way.

“I don’t know what you want me to say, like that we better than everybody? ‘Cause I’ll fuckin’ do that,” Green said.

And he added, “I told y’all, ‘Don’t let us win a fuckin’ championship and clearly nobody could stop it. I warned y’all. So I’m just going to continue to destroy people on Twitter, as I have been.”

“I just want to say thank you all, and as always fuck everybody else.”

You can see it all below.

Steph Curry was asked about his emotional reaction to the team’s win on Thursday, visibly crying after the game — and Klay Thompson ribbed him a bit, and the two of them joked, “There’s no crying in basketball.”

Also, Steph got Coach Steve Kerr to do the “night night” pose with him, and Kerr showed up today wearing a t-shirt that said “Night Night.”