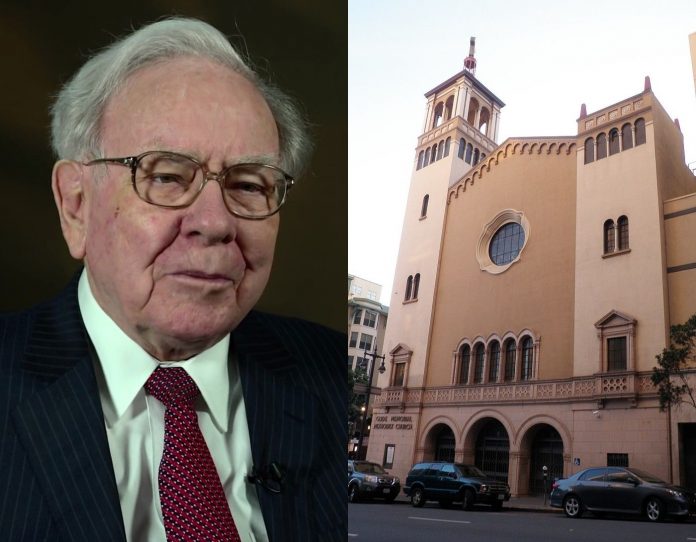 Warren Buffett Auctioning Off Lunch With Him in Benefit for Glide, One Last Time

2022 will offer your final opportunity to pay millions of dollars for a steakhouse luncheon with Warren Buffett, as the billionaire investor says he’s doing this Glide fundraiser for the final time.

Billionaire investor and philanthropist Warren Buffett is one of the good ones among the world’s wealthiest people, having pledged that “More than 99% of my wealth will go to philanthropy during my lifetime or at death.” (As opposed to, say, him just buying Twitter on some dick-swinging whim.) And Buffett has always had a special interest in Glide, the Tenderloin church formerly known as Glide Memorial Church, annually auctioning off a power lunch with him to the highest bidder.

Buffett started this tradition back in the year 2000, and through some of these years, Buffett has been the wealthiest person in America. (He’s now No. 5 in the world.) And over these 21 years of auctioning off lunch with the “Oracle of Omaha,” Buffett has raised $34,2 million for Glide and its homelessness support, free meals, and recovery programs.

And the 2022 auction is coming up, but Reuters reports that 2022 will be the final Warren Buffett lunch auction. Per Reuters, the bidding will be on eBay, and will be a six-day auction from June 12 to 17, 2022.

“Mr. Buffett’s treasured friendship with Glide will continue, but 2022 will be the grand finale of this particular event,” Glide president Karen Hanrahan said in a statement. It is not reported why this is “the grand finale,” but people, the man is now 91 years old.

Interested in bidding? Well, the bar is set at 2019’s record $4.57 million bid from cryptocurrency entrepreneur Justin Sun (the auction was not held in 2020 and 2021). And in another barrier to your winning this contest, the dinner is not even in San Francisco. It’s at Smith & Wollensky steakhouse in New York City.

Related: Generous Souls Willing to Donate Millions to Glide, In Exchange for a Steak Dinner with Warren Buffett [SFist]