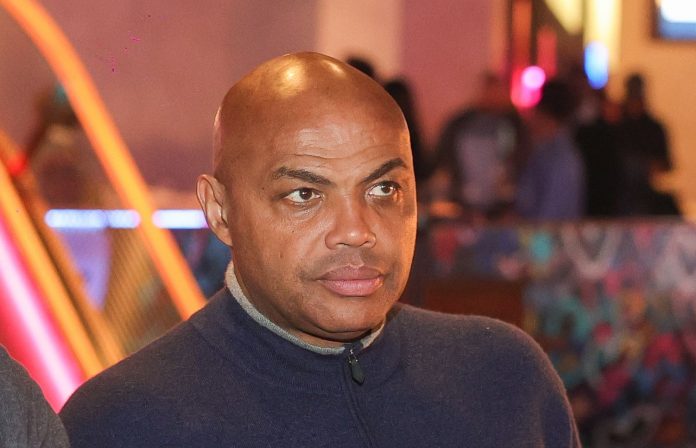 Charles Barkley is persona non grata in San Francisco, especially after a couple of weeks of NBA Playoffs coverage in which he took every opportunity to denigrate the city itself amid his usual crapping on the Warriors.

As discussed earlier, Barkley makes a game of trolling San Francisco and the Warriors, probably to boost social media engagement and just to have something controversial to say on TNT’s chatfest known as Inside the NBA. But as the Warriors have kept winning, and his favored Dallas Mavericks kept losing, Barkley really stepped up his usual bullshit, referring to San Francisco as “hell” and “the armpit of America” and saying things like “I hate San Francisco. I just don’t like it… I’ve never had fun there.”

Sounding like Donald Trump, he also said during Tuesday’s game in Dallas, which was partly interrupted by a severe rainstorm, “You know the bad thing about all this rain? It’s not raining in San Francisco to clean off those dirty ass streets. It’s a great city. But all that dirtiness and homelessness — y’all gotta clean that off the streets…San Francisco needs a good washing.”

Barkley and the TNT crew have had to set up outside the Chase Center — next to “Thrive City” — for Warriors home games this post-season. And on Thursday night, amid a gleeful SF crowd following the Warriors finishing off the Mavs in the Western Conference Finals, fans were more than happy to tell Barkley where he can stick his SF hate. One fan threw a t-shirt at the back of Barkley’s head, and many were chanting “Chuck you suck!” A few even had printed signs that said that.

Someone also captured footage of Barkley picking up his water mug and tossing its contents backwards over his shoulder at the chanting fans.

Charles Barkley tosses water on spectators after shirt was thrown at him 👀 pic.twitter.com/KHu3APMDb7

As one person on Twitter put it, “Perhaps, in retrospect, it was ill-advised for Charles Barkley to spend a week trashing the entire city of San Francisco given the plan to have an outdoor studio set surrounded by Warriors fans right in front of the Warriors’ arena.”

The whole act kind of smacks of gratuitous trolling — and Barkley went so far as to say, during a May 20 pregame broadcast outside Chase Center, regarding the Warriors, “I actually like the players and the coach, I just hate their fans. The Warriors fans are obnoxious.”

Kenny Smith: "Why do you think the Mavs are the best team?"

Charles Barkley: "I don't think they're the best team. I just can't pick the Warriors because I hate their fans. Their fans are obnoxious… I just wanna see these people suffer."

Anyway, we’re done with Barkley for this season anyway. The NBA Finals, in which the Warriors will face off against either the Boston Celtics or the Miami Heat, will switch over to being broadcast on ABC instead of TNT.

But you can bet Barkley will still try to get some digs in for social media attention.

Facebook
Twitter
Pinterest
WhatsApp
Previous articleColin Kaepernick Comeback? He Just Had a Workout Today With the Raiders
Next articleWarriors Beat the Mavericks, Beat the Odds to Advance to NBA Finals