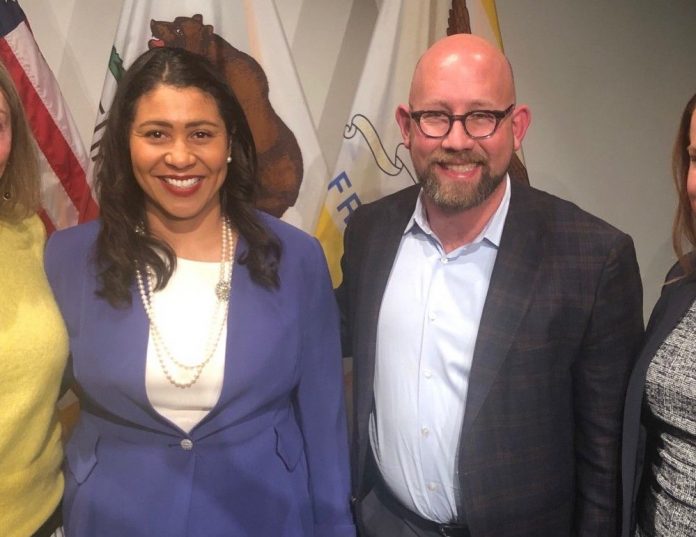 Single-family zoning in San Francisco lives on, for now at least, as Mayor Breed vetoes Sup. Rafael Mandelman’s fourplex legislation, saying it would “make it even less likely for new housing to be built.”

When Supervisor Rafael Mandelman introduced his fourplex legislation last July, it was billed as the end of single-family zoning in San Francisco. Carefully rolled out in a “My Latest” Heather Knight Chronicle article, Mandelman’s second attempt at expanding housing density was hailed in the Chronicle as bringing “fourplexes on every S.F. single-family lot,” that there was “There’s no more time for whining about building more homes on your block,” and that “suddenly, fourplexes are cool” because “all the cool kids are talking about” ending exclusionary zoning.

The Planning Commission loved the idea and recommended it unanimously last November. And Mandelman’s fourplex legislation was approved by the supervisors three weeks ago.

My latest: Sorry, NIMBYS. Supervisor @RafaelMandelman on Tuesday will propose allowing any single family home lot in San Francisco to be divided into four units, a common-sense idea being pursued in Sacramento, Berkeley and other CA cities.https://t.co/2Saef9r0Sr

Sorry, YIMBYS, Mayor London Breed vetoed that legislation Thursday morning, as seen below, and as is covered in the Chronicle.

For the future of our City and our State, we need real changes to how we approve and build housing. We can't keep putting forward restrictive policies, and certainly not any that block state streamlining solutions. That's why I'm vetoing San Francisco's "fourplex" ordinance. pic.twitter.com/QjCMJAZFBp

“While I support the original intent of the ordinance to add new desperately needed housing options for San Franciscans struggling with the high cost of housing, especially for our middle-income families, after many amendments, this ordinance no longer achieves the goal intended to actually produce more housing,” Breed says in her letter above. “Instead, it is fair to say that this ordinance, as amended, will set back housing production.”

What does she mean by “as amended?” For starters, the Planning Commission  added amendments that still allowed for neighborhood appeals, and restricted how much of the city the legislation would effectively upzone. Mandelman’s fellow supervisors also added amendments that would have applied rent control to some of the add-on units, and only allowed the upzoning on properties the owner had owned for five years (or inherited it from a family member who owned it more than five years.)

Mandelman quickly put out a statement after Breed’s veto. “I am profoundly disappointed by Mayor Breed’s veto of my ‘fourplex’ zoning legislation that would have been a historic move to eliminate single-family zoning in San Francisco and allowed the development of small apartment buildings in neighborhoods across San Francisco,” he said. “To be clear, I did not support and do not agree with many of the amendments made to this ordinance as it worked its way through a long legislative process, but at the end of the day, I believe the measure the Board passed represents an important, though incremental, step in the right direction for San Francisco and lays a foundation for additional thoughtful, pro-housing reforms going forward.”

“Today’s action by the mayor will not be the final word on this effort,” he added. “San Franciscans need more housing, not more City Hall gridlock.”

Sounds like you guys and the mayor are being obstructionists to me but ok 🤷 agree to disagree and hope something gets worked out, I would think the BoS proposals this year on equitable development were a good opportunity to move past the factional politics but wtv…

Housing Twitter is obviously having a day over all this, and everyone’s got an opinion on how their idealogical opponents fucked this up. But the effects of housing policy are not as easy to predict as we’d think.

A similar statewide bill called SB-9: The California HOME Act, signed into law last year,  was supposed to open a floodgate of new fourplexes. But the Chronicle reported today that they “could find no SB9-eligible project in the Bay Area that broke ground since the law went into effect” (there are still 14 such still-unapproved projects submitted to the Planning Department). And none of this addresses projects that just sit empty and vacant, as the Chronicle reported today on a huge empty condo at Oak Street and Van Ness Avenue — which looks destined to get flipped to a rental-housing operator.

We need true 4-plex legislation that will lead to building greater density and more housing – ty ⁦@LondonBreed⁩ this veto was needed – I said from the outset I would amend my legislation to make it feasible – todays version will achieve true scale. https://t.co/gE3Ski8A5m

But you know who’s happy about Mayor Breed’s veto? Other supervisors who have proposed fourplex legislation! Sup. Ahsha Safai is crowing about how this opens a path for his fourplex legislation, and Sup. Gordon Mar has his own version too. But as Mandelman learned, sometimes you don’t get a hit on the first pitch.

Facebook
Twitter
Pinterest
WhatsApp
Previous articleSupervisor Calls for New SF School Board Member to Step Down Over Racist Comments
Next articleMaybe We Won’t Be Getting a Dept. of Sanitation and Streets After All, With New Amendments Headed for Ballot