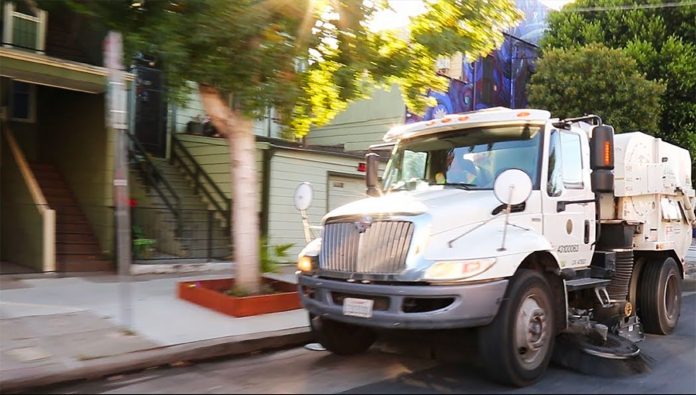 Maybe We Won’t Be Getting a Dept. of Sanitation and Streets After All, With New Amendments Headed for Ballot

Several members of the San Francisco Board of Supervisors who just two years ago were fully behind the creation of a separate Department of Sanitation and Streets that would not live under the aegis of the Department of Public Works, aren’t so much now. They’ve changed their minds as implementation is slow-going, and on Tuesday they voted to put amendments on the November ballot that would undo what they set in motion.

SF voters approved the creation of the new department in November 2020, in the wake of the Mohammed Nuru corruption scandal that exposed, in many peoples’ minds, a reason for why the city’s streets remained dirty — namely Nuru had other things to fill his days like political glad-handing, creating an asinine TV channel, and getting free stuff for his Colusa County ranch. Voters approved Prop B with over 60% voting yes, and the ballot measure created both a new city department with its own director, as well as two oversight commissions, one for sanitation and one just for Public Works.

Confusingly, the Board of Supes on Tuesday voted to keep the two commissions, but to toss out the second, separate department — and this will be put in a ballot measure and given to voters to decide, based, I guess, on arguments about efficiency and cost.

Supervisor Aaron Peskin is one of those who have turned tail, and he tells Mission Local that it’s sort of a case of “buyer’s remorse.” “I’ve been very forthright in saying that I think we didn’t get it right the first time,” Peskin says.

Another progressive supervisor, Hillary Ronen, tells Mission Local that she voted in favor of sending the amendments to the ballot because the Department of Public Works has been so slow on the implementation and “their heart’s not in it.”

DPW spokesperson Rachel Gordon denies this in comments to Mission Local, saying they’ve been “full speed ahead” with implementing Prop B, and the two commissions are almost fully seated. But now they’ll pause in their work to see if these amendments pass in November.

The amendments would a) stop the creation of a separate city department and give street cleaning duties back to Public Works, b) lower the threshold of qualifications to serve on the oversight commissions, and c) no longer require that the Controller’s Office audit the department.

Assemblymember Matt Haney, who as supervisor helped spearhead Prop B, called the board’s move with the amendments “ludicrous” and “a very strange decision” in comments to Mission Local. “San Franciscans passed a measure two years ago because we had dirty streets and dirty government, and neither of those things have been solved and the measure hasn’t been implemented,” Haney says.

Will voters get behind this reversal? Does it even make sense? Presumably, the many people voting in the 2020 election gave some consideration to the expense involved in the creation of a new department and a new director position, but they went for it anyway because the city is filthy. So how the supervisors think they’re going to get people to vote the opposite way two years later is kind of baffling!

Supervisors Shamann Walton, Gordon Mar, and Ahsha Safai all voted against the amendments on Tuesday.

Previously: Sanitation and Streets Department To Take Shape Tuesday, Hopes to Be ‘Laser Focused’ On Cleaning Up SF Streets