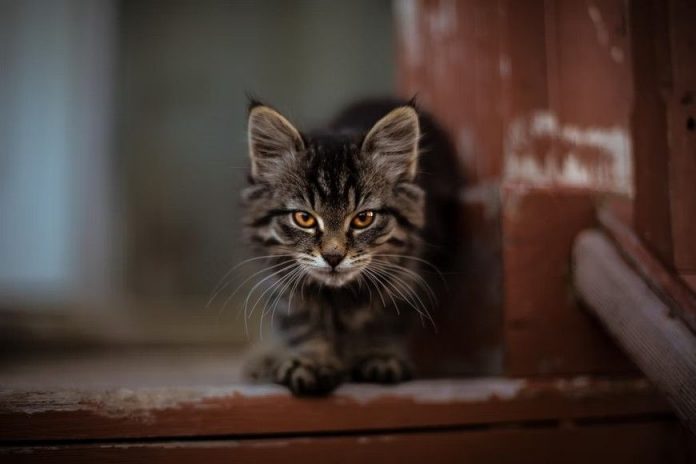 Feral Cats Overrun Oakland Coliseum, Authorities Decide to Just Let Them Have Their Run of the Place

A feral kitty committee of 30-40 feral cats is expanding and “having a field day on the A’s turf,” and stadium authorities have decided to simply cede the place to them, but will attempt to have the cats spayed and neutered.

Hoodline reported on the feral cat nuisance at the Oakland Coliseum last week, ahead of the A’s home opener. And a Friday announcement from the Oakland-Alameda County Coliseum Authority sounded both ominous and highly adorable at the same time.

“Feral cats have multiplied since the corona virus and the kittens are running wild,” Coliseum Authority executive director Henry Gardner wrote in a memorandum, just days before Monday’s Oakland A’s home opener. “The good news is the rat population has decreased substantially. The bad news is the cats are now gaining access to the inside of the Arena and are having a field day on the A’s turf, causing a nuisance.”

The Oakland Coliseum has had its fair share of problems that have it ranked as the second-worst MLB stadium in the league. And now: feral cats! https://t.co/c5BAmXpwWr

As Defector warned, “the enormous cat colony that has moved in and gotten comfortable and had tons of sex and cannot, apparently, be evicted in time for Monday’s A’s home opener.”

As Hoodline previously noted, Gardner suggested the Coliseum Authority “devise a plan to humanely relocate them and maybe trying an adoption strategy with some of our patrons.” But Oakland Animal Services warned them that feral cats would not make good house pets, and suggested that if the cats were removed, they would simply be replaced by other feral cats.

The dozens of feral cats that have “taken over” the Oakland Coliseum aren’t likely to be relocated, animal control officials said. https://t.co/pxkk03kP5i

And thus, the Chronicle reports that the feral cats will be allowed to stay at Oakland Coliseum. “Instead of evicting the feline interlopers, animal services officials have enlisted an outside group, Island Cat Resources and Adoption, which will capture the feral cats, spay or neuter them and return them to the Coliseum,” according to the paper. “That will help stabilize the population.”

Which means there were more feral cats than human fans in attendance.

The above tweet is a joke. The dismal attendance figure is accurate, but there are really only an estimated 30-40 of the feral cats. Still, the decaying husk of a sports venue known as the Oakland-Alameda County Coliseum has had a myriad of embarrassing problems, from raw sewage overflows in the locker room, to frequently changing naming right deals that may have involved some shady backroom arrangements, and of course, consistently terrible attendance.

So maybe they ought to embrace this feral cat thing! It captures the public’s imagination, it may bring more casual fans to the park, and they could even do some clever marketing with the cats. Because as seen above, it is never not funny when a cat runs onto a field during a game.

Facebook
Twitter
Pinterest
WhatsApp
Previous articleThe Warriors, Looking In Fine Playoff Form, Overpower the Nuggets In Games 1 and 2
Next articleWarriors Win a Tight Game 3 Against the Nuggets, Stand on the Precipice of a Sweep