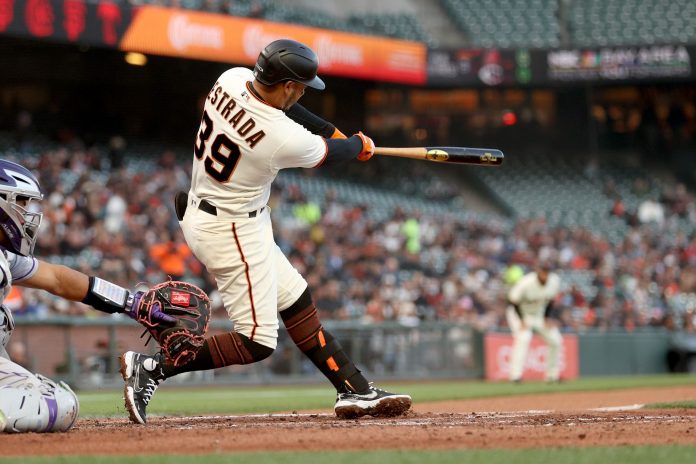 Would you be interested in “flex pricing” for lower-cost tickets to Giants games? It sounds great, but you’ll have to put down at least $500 to buy the right to buy cheaper seats.

Your San Francisco Giants are having another terrific season by any objective measure. They’re right in the thick of the NL West race, just 3.5 games behind the first-place Dodgers, and 13 games over .500. And attendance sounds great, the Giants rank ninth in attendance in Major League Baseball. Which means there are 21 other MLB teams that wish they were drawing as many fans as the Giants.

In a new move, the Giants expanded consumer flexibility for tickets during the rest of this season. https://t.co/JtCiS92QjW

And thus, the Giants are rolling out a “flex ticket” pricing program that makes affordable seats more available to you, the inflation-strapped fan. “The Giants Flex Ticket Account guarantees the lowest ticket price available throughout the 2022 regular season,” the team said in a Monday announcement. “Game date, ticket quantity and location are up to you.”

That sounds like a bargain! But folks, the Doval is in the details. As we see above, you have to buy an additional account to get access to these flex pricing sets, and accounts start at $500. The $500 plan only allows you to buy flexibly priced tickets in the bleachers and the upper deck, a $1,000 plan allows gets you lower-level access to flex-priced seats, and the $2000 plan gets you Club Level flex-priced tickets, and the opportunity for cheaper World Series tickets, in the unlikely event that World Series games don’t sell out.

Buyers at any level would at least get a crack at World Series tickets before the general public, so there’s that. But the bargain-hunting set seems like an unlikely demographic to cough up $500-$2,000 for the right to buy cheaper seats, and they don’t even indicate what kind of savings you may be looking at.

Who knows, maybe this has worked in other MLB cities. If you want me to pay $500 for the right to buy cheaper seats, you’re going to have to at least give me a ballpark figure on how much I would save per game.

Image: SAN FRANCISCO, CALIFORNIA – JUNE 08: Thairo Estrada #39 of the San Francisco Giants hits a single that scored a run in the fourth inning against the Colorado Rockies at Oracle Park on June 08, 2022 in San Francisco, California. (Photo by Ezra Shaw/Getty Images)