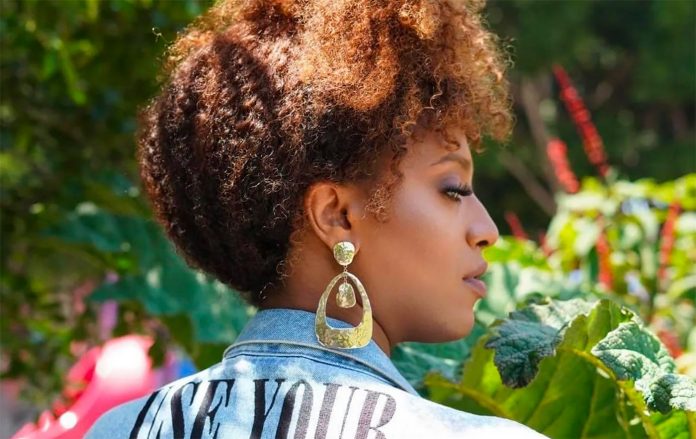 It was an open secret that SF Democratic Party Chair and prominent local trans activist and drag figure Honey Mahogany would pursue the District 6 supervisor seat, and that’s now official, setting up what will surely be November’s most interesting local race.

San Francisco local elections often involve two ideologically very similar progressives trying to make mountains out of molehills to manufacture differences between themselves, in what are fundamentally leftie vs. leftie races. But that is definitely not going to be the case in November’s District 6 supervisor election, a night-and-day contest that now pits a former SFPD higher-up against a transgender, one-time RuPaul’s Drag Race contestant who’s also worked at City Hall for years.

Undaunted, Honey Mahogany will declare her candidacy for the District 6 supervisor seat in a 5 p.m. campaign kickoff event this afternoon at The Crossing at East Cut (200 Folsom Street).

“I am so excited to announce my official run for District 6 Supervisor!” Mahogany says in the Thursday Instagram post above. “I have so much to say and so many people to thank, but I am going to save it for the announcement event tonight.”

The location is no accident. As the Bay Area Reporter notes, Mahogany “had worked on the reuse of the land as the de facto chief of staff to former District 6 supervisor Matt Haney,” adding that the glorified new mega-parklet is now operated by East Cut Landing Partners as a “recreation facility and beer garden, among other uses.”

The site, which was formerly home to the temporary Transbay Bus Terminal, is slated to be developed as affordable housing in the coming years.

One of the best leaders I've ever had the privilege to work with. Principled, determined, fearless, deeply connected & independent. She will have my full support & partnership. @honeymahogany's service to our city and its people is deep, grounded & authentic, & just beginning. pic.twitter.com/yEPeX3ATKo

Now that we have the two opponents for the seat established, let’s game this out politically. Neither Mahogany nor Dorsey has run for an SF elected office before, and neither has a proven track record of retail political skills. But both have an enormous web of City Hall connections, very compelling biographies, and a ton of demographic boxes to check that give them automatic constituencies (and donor bases to court).

Honey Mahogany would be the first Black transgender supervisor not only in SF history, but in the history of the state of California. The well-liked Haney has already pledged to campaign for her. Dorsey is openly gay, HIV-positive, and publicly in recovery for drug addiction. He will have the overwhelming support of the mayor and SF Police Officers Association (though that can be a double-edged sword).

But the wild card is the new redistricting of District 6. The Tenderloin is no longer part of the district. While a Chronicle analysis disputed whether redistricting favored moderates, some say the new map may create more of an uphill climb for Mahogany. Per the Chron, the District is now 3% less Black, 1% more white, and in terms of their “Progressive Voter Index,” the Chronicle says this district is “4 points less progressive on this scale.”

But the quality of their campaigning is more likely to determine the outcome. Other supervisors up for November elections this year are even-numbered district supervisors Catherine Stefani (D2), Gordon Mar (D4), Rafael Mandelman (D8), and Shamann Walton (D10). None are termed out, and all are expected to run, but one of them clearly has her eyes on the district attorney position should Chesa Boudin be recalled next week.