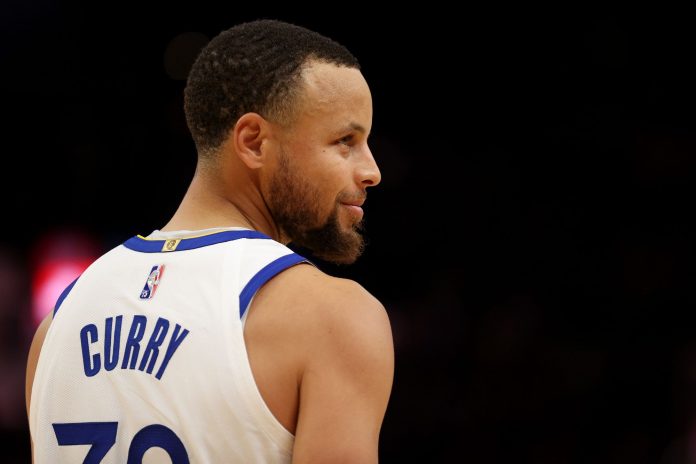 It Was Ugly, But the Warriors Pulled Out a Game 4 Win Over Memphis to Take a 3-1 Series Lead

At times, it was hard to watch. The Golden State Warriors couldn’t buy a bucket for most of Game 4 against the Memphis Grizzlies last night. (The Dubs couldn’t even lease a bucket with an option to buy.)

The score was 41-38 Grizzlies at halftime, which felt like a football score rather than the modern NBA. At one point, Otto Porter Jr. had more three pointers than the rest of his entire team, which, you know, includes some pretty well-known distance shooters. The Dubs shot 9-37 from three on the night, and you could have made a drinking game out of all the shots that were hoisted, careened toward the rim, and rattled out. (No splashing, just drinking.)

“When you come into the fourth quarter with no flow offensively, and you’re still within three or four possessions of coming back, like . . . [there’s] a motivation behind that,” said Stephen Curry at Monday’s postgame press conference.

Steph would go on to lead all scorers with 32 points — 25% of those points came at the free-throw line, and most of those free throws were with less than a minute to play, as the Warriors took their first lead of the game with 45 seconds remaining.

“We know how to pull off games like this,” Curry told reporters.

The Warriors won 101-98 to take a 3-1 series lead heading back to Memphis for Game 5 on Wednesday.

There were a few notable names absent from Game 4. Ja Morant did not play, citing right-knee soreness sustained in Game 3. (The exact origins of the injury are still the source of bitter controversy.) Morant apparently had an MRI, but the Grizzlies have not released the results to the public, and it’s not clear if he’ll play in Game 5 tomorrow.

During the regular season, the Memphis Grizzlies were 20-5 while Ja Morant was out with knee injuries. Memphis obviously held their own on Monday, though neither they nor the Dubs shot the ball well; both teams were shooting around 40% on the night.

Jaren Jackson led the Grizzlies in scoring with 21 points last night, but was blocked with this “defensive dagger” by Draymond Green on a three-point attempt with 13 seconds that would have tied the game. “Jaren Jackson was having an absolutely incredible game,” Green said on his podcast. “We couldn’t get a stop.” Jackson, who has been lethal from distance this series, was 0-7 on threes last night. (Photo by Ezra Shaw/Getty Images)

Steve Kerr was not on the sidelines of last night’s game after testing positive for COVID. Associate Head Coach Mike Brown, who’s been with the Warriors since 2016, manned the clipboard — it was the second time that Brown had been named head of an NBA team in the last 24 hours. On Monday, Brown was announced as the Sacramento Kings’ head coach for the 2022/23 season.

Brown, who has coached the Cleveland Cavaliers and L.A. Lakers, took the helm for the Warriors in the 2017 playoffs when Steve Kerr was recovering from back surgery. Brown now has a 12-0 postseason record.

(There was non-controversy controversy over a comment Curry made during the on-court postgame interview, which some in the media hyposphere took as a jab at the Kings. In the interview with TNT, Curry said: “I feel like we got traded to the Kings overnight. I don’t know how to explain all of this.” Steph was later asked about the “quip” at the postgame press conference. “No, y’all misheard that. I was saying because Mike was the coach, we all got traded, because there was a lot of talk about him being the head coach, and now all of the sudden he obviously is the head coach of our team tonight. It wasn’t about how we were playing, it was about the vibe.)

Mike Brown served as the Warriors’ head coach in 2017 when Steve Kerr was recovering from surgery. (Photo by Thearon W. Henderson/Getty Images)

Did Steve Kerr forget to hand over the offensive playbook to Mike Brown?

It is perhaps a curse for Warriors fans to expect nothing less than a deluge of three pointers each and every game, and that anything less is evidence that something is catastrophically flawed.

“We got away with one that we probably shouldn’t have won,” said Draymond Green on his podcast last night.

Game 4 started with another deluge of turnovers; in total, the Warriors gave up the ball 16 times to the Grizzlies’ 12. At one point, the Grizzlies took a 12-point lead, but the score hovered around a 4-6 point margin for the majority of the game — an infuriating sum to be down for a team that is capable of such potent scoring, but who could not find the bottom of the basket.

Otto Porter Jr. continued his high-accuracy ways on Monday; he had 12 points, and was 4-6 from three-point range, including some timely, momentum-shifting shots. “Defensively, we kept them at bay, for the most part, throughout the game,” Steph Curry said at the postgame interview.

The Warriors found enough of an offensive gear to tie the game with about three minutes left, and then, to get to the free-throw line to eke ahead. The Dubs would outscore the Grizzlies 39-29 in the fourth quarter.

After an awesome, 21-point Game 3, Klay Thompson had 14 points last night; he was 0-7 from three and shot 6-20 from the field. At the postgame press conference, he said, “During this time of the year, some days are going to be ugly as far as offense, but we really got gritty on the defensive end and willed it out.”