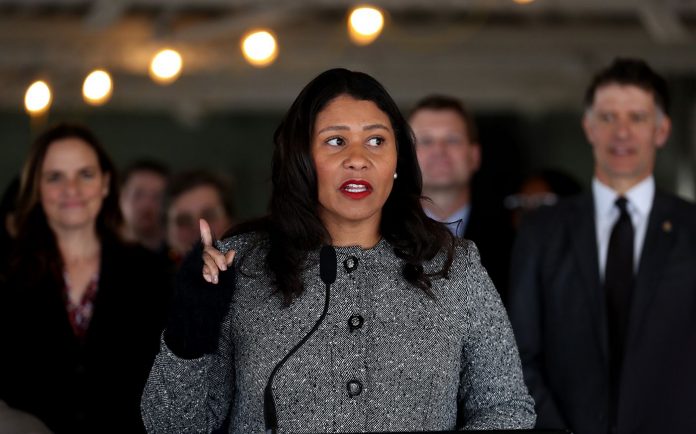 London Breed Announces Picks for School Board Replacements, All Three Are District Parents

SF Mayor London Breed is announcing her three picks for the school board Friday, and one of them was instrumental in helping to recall the three school board members who were ousted in last month’s special election.

The three picks for the open seats on the Board of Education are Ann Hsu, Lainie Motamedi, and Lisa Weissman-Ward, all three of them parents of students in the San Francisco Unified School District.

As the Chronicle reports, Hsu was one of the main organizers of the campaign to recall former school board members Gabriela Lopez, Alison Collins, and Faauuga Moliga, and last year she was elected president of Galileo High School’s PTA (her two sons attend the school). She is a 54-year-old immigrant from China who worked as an electrical engineer and entrepreneur — she launched a yogurt business after years in the tech field — and she has been outspoken in her disapproval of the school board as it was the past couple of years.

“The more I saw, the more I learned, the more pissed off I got,” she told the Chronicle last month. “They didn’t care about the students.” Hsu is on the record as opposing the end merit-based admissions at Lowell High School, which has been an especially passionate cause in the city’s Chinese American community.

In 2020, the school board elected to shift to a lottery system for admission at Lowell — widely seen as the most academically rigorous and prestigious of SF public schools — which is used by most other high schools in the district. The reason for the change initially was a lack of grades from the spring 2020 semester, due to the pandemic’s interruption of the school year. But in early 2021, the school board voted to make the change at Lowell permanent, citing the need for more diversity at the school — which has historically been predominantly Asian and white.

Motamedi, as the Chronicle reports, is a child of schoolteachers, and her family came to the U.S. from Iran. Like Hsu, Motamedi is in agreement with the mayor about increasing the fiscal responsibility of the district — and she tells the Chronicle that she is concerned that with so many schools in the district under-enrolled, “we are effectively choosing to fund buildings rather than invest in our students and school staff.” Motamedi sounds clearly in favor of closing some schools and making more layoffs.

Weissman-Ward, as the Chronicle reports, is bi-racial and works as a Stanford University law professor and associate director of the school’s Immigrant Rights Clinic. She lives in the Mission District, speaks Spanish, and as the Chronicle notes, she is the wife of Breed’s director of Workforce Development, Josh Arce. They are parents of a child at Clarendon Alternative Elementary School.

The recall of Collins, Lopez, and Moliga was approved by San Francisco voters in a landslide February 15 election that nonetheless saw historically low turnout. Critics of the recall effort, which included the city’s teachers’ union, pointed out that it was being backed in part by Republican donors, and pundits around the country mistook it for a referendum on “woke” school board politics, which it wasn’t really — though parents and the mayor alike were highly irritated when the board seemed to be concentrating more on renaming 44 schools over some dubious historical evidence of racial injustice, rather than reopening schools for in-person learning.

Collins was then called out over tweets from 2016 that were seen as racist against Asian Americans, and then stripped of her committee positions and title as board VP, to which she responded with an $87 million lawsuit that was later tossed out of court.

Breed’s three new picks for the school board will be consequential, with an upcoming search for a new district superintendent, as well as more wrangling likely to come over merit-based admissions debate for Lowell.

And seats on the school board have long been seen as stepping stones to higher office in the city, like the Board of Supervisors.

In the coming months, Breed may also get a chance to appoint a replacement for Supervisor Matt Haney, should he win an Assembly seat in a June election against former supervisor David Campos. And Breed also will be appointing replacements on the Police Commission for outgoing commission President Malia Cohen and commissioner John Hamasaki, who both just announced that they’re stepping down.

Related: All Three School Board Members Recalled In Landslide