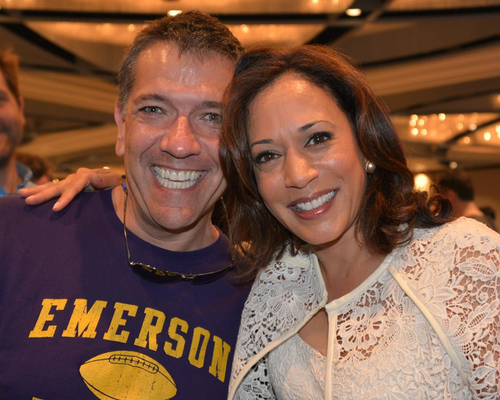 Mayor Breed’s appointment of SFPD PR guy Matt Dorsey is being seen as a favor to the police department and Recall Chesa Boudin movement, but while Dorsey is well-respected at City Hall, the oppo research on him is already starting to emerge.

Despite Matt Haney’s aggressive lobbying for Honey Mahogany to take his District 6 seat as he headed off to the state Assembly, you knew there was no way on god’s green earth that Breed was going to appoint her. Breed is not the type to appoint a progressive and likely frequent rival just to “heal” or “build bridges” when a power grab is just sitting there for the taking. But it was certainly a bit of a surprise that she chose SFPD “Director of Strategic Communications” Matt Dorsey, amidst a continuing post-George Floyd reckoning on policing, at a time when that department is struggling with an emerging “police did nothing” narrative (among other unflattering scandals).

Mayor Breed took a calculated risk picking Matt Dorsey for supervisor. He is a longtime progressive who many perceived as taking a conservative shift when he joined the SFPD command staff. Recall election of Boudin is next test of SF’s appetite for reform: https://t.co/2NMyVff16X

Yet the Chronicle assesses Breed’s calculations in choosing Dorsey, and notes “she’s leaning into the tough-on-crime image she’s been burnishing for months.” She might be reading the tea leaves on the Recall Chesa Boudin campaign and feels she has enough cover to do a solid favor for the police department, and she may feel the current SF crime discourse gives her the leeway to side with the cops. “What has been important to him is recovery, safety, and the ability for people to live in a community where they feel safe and secure,” Breed said at Dorsey’s swearing-in ceremony.

But Dorsey also has some soft-sell attributes: openly gay, HIV-positive, and probably most significantly, in recovery himself. “That’s why I feel personally invested in reversing the record-shattering crisis of drug overdose deaths we have seen in San Francisco since 2020,” Dorsey told the Chronicle. “And it’s largely why I asked Mayor Breed to consider me for this appointment.”

Ohhh… he asked her for the appointment?

Matt Dorsey worked for Manchin’s campaign for WV gov when was a consultant in DC in the 90s https://t.co/94CyTVQAbF Manchin isn’t on https://t.co/qIhYv7Qe04 but Musk is: firm’s first major consumer-brand client, https://t.co/1Gyo63mELW — later PayPal — led by then-CEO Elon Musk pic.twitter.com/D08pPCPl6N

Despite some of the early criticisms, Matt Dorsey is not a “cop.” He’s been in the Strategic Communications job with SFPD since May 2020 according to his website CV, but he is not now and never has been a sworn officer. And he’s spent the bulk of his career doing political communications work and lobbying in and around City Hall.

Still, the “cop” dig will surely be used by opponents in the November election. Other opposition research that’s starting to bubble up also points out that he’s worked for progressive foils Joe Manchin and Elon Musk, which is technically true, but Dorsey’s resume shows they (or their companies) were clients 20 years ago or longer.

His recent SFPD past will probably be his opponents’ more salient political attack. Public records requests have already shown a cozy relationship with reporters pushing anti-Chesa Boudin narratives, notably, text messages to KGO’s Dion Lim saying “Thank God for you Dion” and ”you’ve got a lot of fans” in the police department. We don’t know for certain which “great segment” Dorsey is thanking her for, but it may be a retracted report on a carjacking wherein KGO reported felony charges “were dropped by the district attorney” when in fact, they had not been. (And maybe Dorsey accidentally burned Lim with some bad information?)

My weekend to-do list: 1) vote for #MattHaney and get ballot in the mail; 2) laundry; 3) hang out with the BF; 4) catch up on email and bills. pic.twitter.com/gMCsjtyeHH

Either way, Dorsey’s appointment certainly puts his strong support for Matt Haney in the state Assembly race into a different light. That worked out pretty well for Dorsey! Whether it works out when he actually faces voters in November — and whether he can massage consensus between progressives and moderates the way Haney did — remains to be seen.