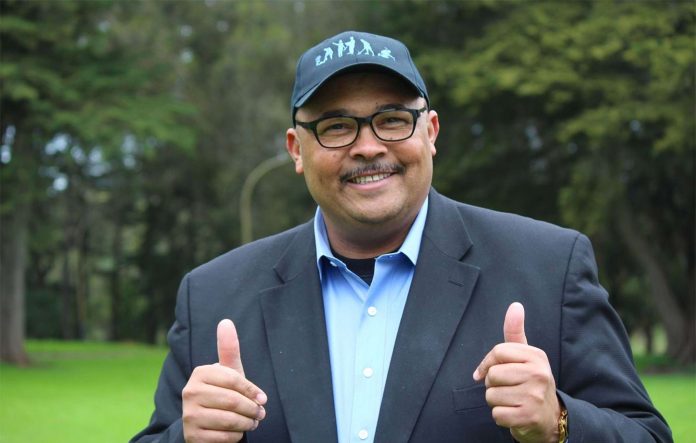 Disgraced former SF Public Works Director Mohammed Nuru is set to be sentenced next week, and in newly filed court documents, federal prosecutors refer to him as a “quintessential grifter” whose schemes as a city employee amount to a “tale of greed as old as time.”

We are now more than two and a half years in to the saga of Mohammed Nuru and the extensive web of corruption that he presided over during his tenure leading the San Francisco Department of Public Works. Nuru and a co-conspirator, restaurateur Nick Bovis, were ensnared in a federal probe that came to a head in January 2020, after years in which the FBI had been surveilling City Hall for various reasons. The unfolding bribery scandal ultimately led to federal charges against eleven individuals, including city officials and former contractors, and the resignations of multiple city department heads, including Public Utilities Commission General Manager Harlan Kelly, former City Administrator Naomi Kelly, and Department of Building Inspection head Tom Hui.

Nuru finally took a plea deal and pleaded guilty in January 2022, to charges of money laundering and lying to the FBI.

The San Francisco Standard reports on the sentencing memorandum filed this week by federal prosecutors, in which U.S. Attorney Stephanie Hinds and her colleagues argue that “Nuru corrupted his office for personal gain for many years, and his conduct warrants a substantial sentence.”

“This is a tale of greed as old as time,” the prosecutors write. “Mohammed Nuru, a powerful appointed public official in the City of San Francisco, shook down multiple contractors eager for lucrative City business for well over a million dollars in cash, goods and services over a 12-year period. Much of that money went to fund his ranch in Stonyford, California, a property whose mortgage was partly paid by laundered bribes from City contractors, with a large home custom-built and furnished by City contractors, on grounds maintained with the help of equipment and soil provided by City contractors.”

The latter detail, about the soil, refers to something we hadn’t heard before in this case, which is that Recology apparently provided soil to Nuru with which to landscape his Colusa County ranch — which was the nexus of much of the graft Nuru has copped to taking.

The sentencing memo spells out the various sources of graft that Nuru courted, and what it was used for — with businesspeople Walter Wong, Florence Kong, Balmore Hernandez, Alan Varela, and William Gilmartin all lavishing Nuru with gifts over years in exchange for lucrative city contracts. And it discusses the “slush fund” that was partly administered through the SF Parks Alliance, funded by executives at Recology, that Nuru drew from to throw parties for staff and create DPW merch.

There are also charges relating to laundering bribes through his girlfriend, former Director of the Mayor’s Office of Neighborhood Services Sandra Zuniga, in order to pay a mortgage on a 10-acre property he purchased next to his ranch. And the charge of lying to investigators, after he disclosed the federal investigation to others in City Hall when he was specifically instructed not to.

The feds are seeking a 108-month (nine-year) sentence plus a fine of $35,000 and three years of supervised release.

Nuru has reportedly offered to forfeit his Colusa County properties, and his attorneys are advocating for a three-year sentence, with Nuru admitting that he acted “corruptly and dishonestly” and he’s truly remorseful.

In their own sentencing memo, Nuru’s attorneys argue that many of the dinners shared between Nuru, Wong, and others were dinners amongst friends. They narrate Nuru’s life story, how he raised five children as a single parent after his ex-wife became addicted to drugs, and how “He has helped formerly incarcerated people, impoverished youth from housing projects and poor neighborhoods, and the down-and-out develop and lead productive and fulfilling lives.”

Nuru’s attorneys also make the case that Nuru accepted many of the gifts from contractors because “it was difficult to support a large family on his own in the Bay Area.” And when it came to the gifts relating to his second home, “he was driven by the desire for something he could not afford.” The memo details the difficulties Nuru encountered in financing and developing an unimproved piece of land and attempting to build a prefab home on his own, without the necessary experience. The attorneys also cite Nuru’s ongoing “serious health problems” in arguing for a lighter sentence.

There’s one outstanding detail in the case — the feds’ memo refers to an unnamed Contractor 1 who provided cash bribes to Nuru, and we’ve known since December of last year that part of Nuru’s plea agreement included an admission of receiving $20,000 in bribes from a “prominent developer in San Francisco” and a “former government employee.” So there may still be names added to this scandal’s docket in the coming months.

Nuru will be sentenced next Thursday, August 25.

All previous Nuru coverage on SFist.