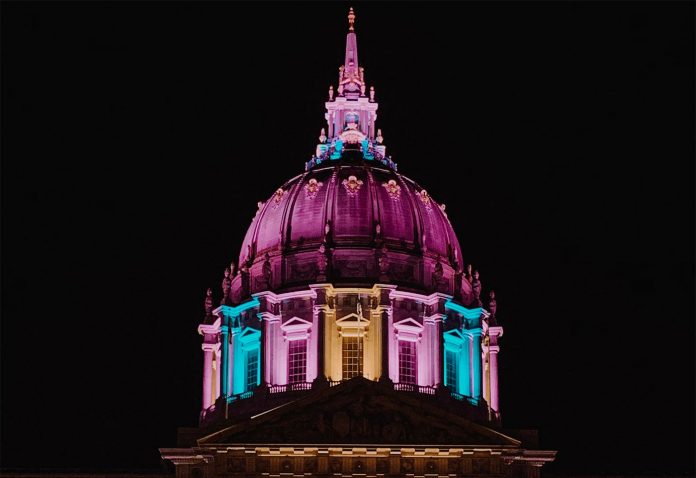 Tensions are escalating in the local LGBTQ community following San Francisco Mayor London Breed’s decision this week to throw her support behind the police union and the SFPD officers who are protesting not being able to wear uniforms in the SF Pride Parade.

Breed announced Monday that she would join the police and fire departments in boycotting the parade, in solidarity, after LGBTQ members of the SFPD announced they would not participate in the parade as they usually do. That decision came two years after the SF Pride organization announced that it would no longer welcome uniformed and armed police to march as a parade contingent. (This does not apply to on-duty officers who will be providing safety services to the public on Pride Sunday.)

This year is the first in-person, live Pride parade since 2019 — and during that year’s parade, demonstrators blocked the parade route in protest of the police, as well as the incarceration of trans people and several other causes. In 2020, following the death of George Floyd at the hands of police, Pride organizers around the country began discussing limiting police participation in the event in recognition of the LGBTQ community’s historically negative relationship with cops, and in solidarity with the Black Lives Matter movement.

New York Pride has banned police from marching in their parade altogether, but SF Pride made a compromise decision to allow LGBTQ officers to march, but in department t-shirts or other garments that are not uniforms.

Now, the San Francisco Transgender District has put out a statement saying it will boycott all city-sponsored Pride events this year. These events include the annual raising of the Pride flag at City Hall, and all other city-sponsored events occurring around Pride Month.

“The mayor’s decision — her seat of power, and her role and leadership in one of the most progressive cities in the world creates a domino effect,” Aria Sa’id, the district’s president, said in the Facebook statement. “Her seat can in fact choose when to support trans and queer people based on unspoken conditions — when in fact, our reality as trans people is we are fighting for a world in which we have cisgender people’s allyship WITHOUT conditions.”

Sa’id further writes that Breed’s decision implies “transactional allyship” with the LGBTQ community, “instead of promoting allyship without conditions.”

“The Transgender District stands in solidarity with SF Pride,” Sa’id says. “This is not about barring LGBTQ individuals in the police force from attending the parade, but rather allowing police uniforms as part of the parade — a parade whose origin is closely tethered to the actions of police.”

Indeed, the first Pride, or what was originally called Gay Freedom Day, was celebrated on the one-year anniversary of the 1969 Stonewall Riots — riots that broke out in response to a police raid, one of many over decades, on a queer space in New York City. Three years prior to that, in San Francisco, the Compton’s Cafeteria Riot occurred in what’s now the Transgender District, at the corner of Turk and Taylor — a riot in which trans and queer people also fought back against the police in response to mistreatment.

“San Francisco Pride’s decision to honor the genesis and true intent of our celebration, and establish boundaries with law enforcement agencies that continue to criminalize and harm our most impacted community members, is a stride towards conjunction with the founding values of Trans and Queer Pride,” Sa’id writes.

The Transgender District says it will reverse its decision if Breed reverses hers and issues an apology to the broader community and SF Pride.

SF Pride issued a statement Monday suggesting that they hoped a compromise could be reached with the SFPD and Breed.