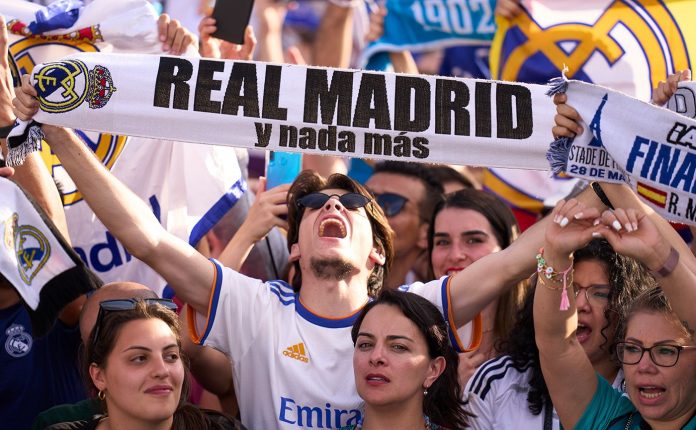 Hardcore fans of international football are going to be clamoring to get to Oracle Park on Tuesday, as current UEFA Champions League title holder, Real Madrid, comes to town to play Club América.

In what’s referred to in soccer as an “international friendly” match, the famed Real Madrid will be matched against the “Yankees of Mexico,” Mexico City-based Club América on Tuesday, July 26. The match starts at 7:30 p.m. at Oracle Park, and tickets are available here.

The match is part of a four-city exhibition tour for Real Madrid, who are 34-time Spanish La Liga champions and were recently named Best Club of the 20th Century. In May, Real Madrid prevailed over Liverpool to win the UEFA Champions League trophy for the season. Their international lineup of players includes Karim Benzema, Vinicius Junior, Toni Kroos, and Luka Modric.

Club América, meanwhile, also known as Club de Fútbol América S.A. de C.V., are the winningest club in Mexico and huge stars in their own right. Last night they were in Houston playing the 2022 Copa de Lone Star against Manchester City, and an organizer of that match, David Fletcher, told local station ABC 13, “They are the Yankees of Mexico. They have such a strong following and incredible fan base here in Houston.”

Many of these European soccer clubs have not toured across the Atlantic in three years, due to the pandemic.

News of next week match comes just a month after San Francisco — specifically Levi’s Stadium in Santa Clara — was selected to be one of the 16 host cities for the North American FIFA World Cup matches in 2026. Those matches will be played between June 8 and July 3, 2026, and it’s not yet clear which cities will host the knockout matches or the final-final match.