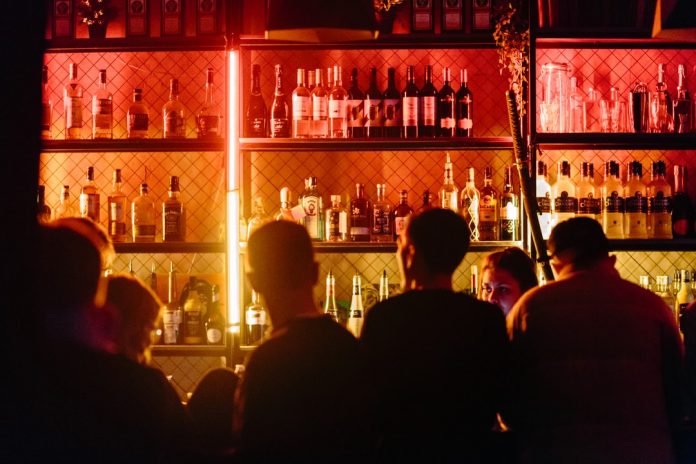 It seems like San Francisco politicians have tried and failed a hundred times to get California to drop its antiquated, marm-ish notion that bars should close at 2 a.m. And state Senator Scott Wiener is trying once again, now that the pandemic is maybe almost endemic.

Wiener introduced some fresh legislation Friday, as KRON4 reports, that would permit just a handful of cities across the state to change their liquor rules to allow bars and nightclubs to stay open and keep serving until 4 a.m. Similar legislation was introduced in 2019, only to fail as these bills have many times in the last decade-plus, both under Wiener and his predecessor in the Senate, Mark Leno.

The new legislation would extend last call for booze joints in an even narrower swath of the state, excluding the major cities of San Jose, Los Angeles, and San Diego. The new bill only includes San Francisco, Oakland, West Hollywood, Fresno, Palm Springs, Cathedral City, and Coachella this time — which would mean that the gays could party late in West Hollywood while in nearby Hollywood, Santa Monica, and Silver Lake, it would still be a 2 a.m. cutoff.

The last version of the bill, which died in the Assembly in late 2019 after being revised to make it a 3 a.m. last call, included Los Angeles, Sacramento, and Long Beach along with the cities in the new version.

Wiener has a new partner in the Assembly this time, newly minted Assemblymember Matt Haney, who will hopefully help get the bill passed this time. And he’s referring to the initial seven cities named as “pilot cities,” and other cities can choose to opt in as they wish.

“If this bill sounds familiar, it’s because I’ve introduced similar legislation before,” Wiener says on Twitter. “In 2018, we got it passed through the Legislature, but then-Governor Brown vetoed it with a melodramatic prediction it would lead to “mischief & mayhem” — a good band name, if you ask me.”

“No, it won’t lead to mischief & mayhem,” Wiener says. “But it will lead to better, more diverse & more interesting nightlife in the cities that decide to participate. It will also help the nightlife sector, which has been battered by the pandemic.”

If this bill sounds familiar, it’s because I’ve introduced similar legislation before. In 2018, we got it passed through the Legislature, but then-Governor Brown vetoed it with a melodramatic prediction it would lead to “mischief & mayhem” – a good band name, if you ask me.

Then-Governor Brown voiced concerns, which have been promulgated by groups like Mothers Against Drunk Driving and the cops, that adding two hours to nightlife would lead to more drunk driving, but there isn’t necessarily evidence to back this up — and with the advent of rideshares, this is less and less of a potential issue. Also, advocates of the extended last call have suggested that adding more time allows drivers more possible hours in which to sober up — and could lead to less binge-drinking before the 2 a.m. cutoff.

Governor Gavin Newsom, himself a bar- and wine-business owner in his past, is likely to be much more inclined to sign the legislation so long as it can pass the Assembly this time.

“A few more hours, in many cases, will mean the difference for [bars and nightclubs] as to whether they’ll be able to survive,” Haney said in comments to KRON4. “This isn’t requiring anyone to do anything. It allows seven cities including ours to have the option to do what works for them.”

And as Castro Supervisor Rafael Mandelman says, “Coming out of the pandemic, as we think about what the future of San Francisco is, about the future of our cities — cities around the world have nightlife that go past two in the morning.” And he adds that what works for rural towns in California doesn’t need to apply to big urban areas that are generally buzzing past 2 a.m. on weekends anyway.

Here’s hoping this can pass! But at this point we’re probably looking at the fall, since we’re coming up on the legislatures summer recess starting July 1.