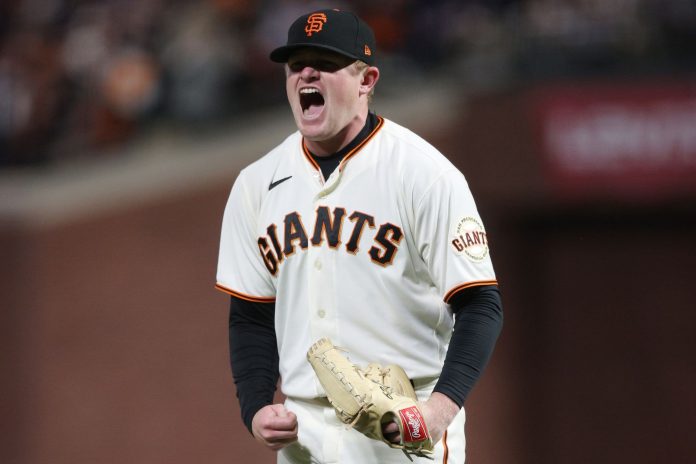 The MLB Lockout Is Over! Giants Likely to Play Ball Starting April 8

We will still get a full 162-game season after all, as the MLB and the players’ union strike an unexpected and sudden tentative labor agreement, and the Giants’ Home Opener looks likely to be April 8 against the Miami Marlins.

Whoa, this was out of the blue! Not even 24 hours ago this time, the ongoing Major League Baseball lockout negotiations were going so badly and contentiously that MLB commissioner Rob Manfred announced that games were now canceled through April 14. But we now know that was clearly a bullshit negotiating tactic. It is SFist’s pleasure to inform you that the Major League Baseball lockout ended at about 12:30 p.m. Thursday afternoon, according to the New York Times.

What does this mean for the Giants? It’s unclear when the first Cactus League Spring Training game will be played, as a statement on the Giants schedule says that “Spring Training games will begin no earlier than March 18 while MLB and the MLBPA work on negotiating a new collective bargaining agreement.” The schedule does show a Cactus League game against the Padres on March 18, so it is a fair bet to say that game will be played at Peoria Sports Complex in Arizona.

Last we knew, the Giants’ lockout-revised regular season was slated to begin April 14 at the freshly renamed Cleveland Guardians. Clearly MLB is re-revising the schedule with this new April 7 Opening Day. A cached version of the Giants pre-lockout schedule shows the Giants would have been off April 7, but with their Home Opener at Oracle Park on Friday, April 8 against the Miami Marlins.

Therefore it is a high likelihood that the Giants’ first regular season game will be a Home Opener at Oracle Park on Friday, April 8 against the Miami Marlins. This is just speculation based on the previous schedule and the latest announcements, but an official announcement is surely coming soon, because you know the Giants organization is itching to sell those tickets.

It's expected that those games will be replaced with additional Cactus League exhibitions, much like how the Bay Bridge games were held in Arizona last year.

We do already know that there will be no Giants-A’s Bay Bridge exhibition series in San Francisco and Oakland the weekend before the regular season, as there would be in a normal year. And technically, this deal has not yet been ratified by the owners. But the league itself has endorsed the deal, putting the urgency of now in place, and pitchers and catchers are booking plane tickets to Spring Training as you read this. So it does indeed seem a lock that the Major League Baseball lockout is over.

Related: Buster Posey Set to Announce His Retirement After 12 Seasons With the Giants [SFist]

SAN FRANCISCO, CALIFORNIA – OCTOBER 08: Logan Webb #62 of the San Francisco Giants reacts after striking out Cody Bellinger #35 of the Los Angeles Dodgers during the seventh inning of Game 1 of the National League Division Series at Oracle Park on October 08, 2021 in San Francisco, California. (Photo by Ezra Shaw/Getty Images)